Being one of Saudi Arabia’s leading land combat vehicle manufacturers and distributors, FNSS is a conglomerate business between an Arabian and a Turkish-British one. Now popularly known to all those who are regular amidst the diversified arena of the weapons industry in this bustling land that’s situated in the Gulf, FNSS majorly specializes in dealing with armoured combat vehicles in both tracks and wheels. Apart from that, this organization also undertakes the routine care and maintenance of combat vehicles, along with the provisioning of spare parts.

What began as a series of contracts exactly a decade ago for the purpose of modernizing armoured vehicles in KSA, this is now a flourishing business for FNSS, all thanks to its profound level of ethical value and multicultural working atmosphere in concurrence. As a result, the official website for this company is designed with every user being not just a potential client, but also a benefactor to serve the bounties of its business. While all HTML oriented technicalities have been stringently executed by our web developers, content management in the form of news and blogs is also consistently carried out for the purpose of attracting a substantial amount of traffic, most significantly from social networking websites.

As FNSS is avidly placed on par with the maintenance of its social network plug-ins, a simple news item as regards to what may be the scoop for the moment in the weapons industry is sufficient to spark interest in whomsoever who is relatively keen to stay abreast of breaking updates, thereby potentially resulting in a comment, like or tweet over any of their online platforms. Better yet, it is also a splendid method to conveniently encourage any onlookers to come visit the website if any anchor text has been integrated within the content of any status, tweet or blog. 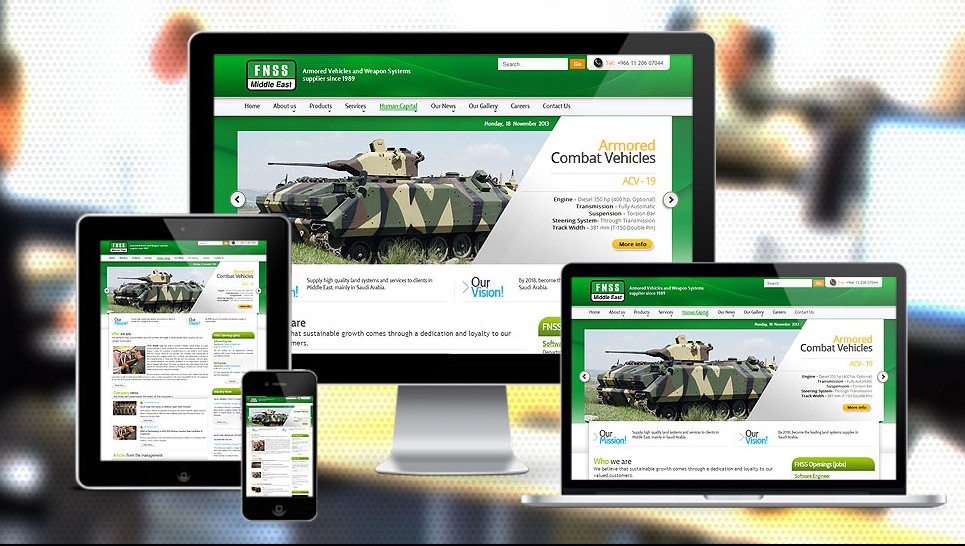